The Lure of Muskie Fishing 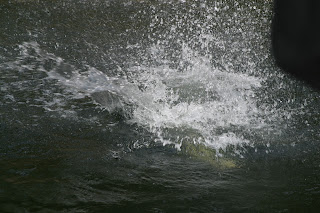 There is a mystique that surrounds this fish that is really hard to explain. Growing to sizes in excess of 60 inches and weights over 60 pounds, their sheer size is enough to boggle the mind of any angler, whether you fish for them or not. The fact they grow big enough to eat ducks, loons and fish up to 10 pounds in size only makes it that much more interesting. 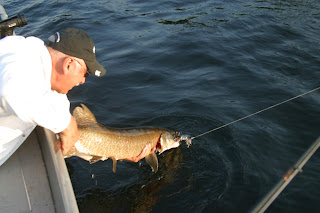 Muskie are often referred to as the "fish of 10,000 casts" which is really a lot of bull, up here in Sunset Country anyways. Saying that, these fish are much rarer than their close cousin the northern pike and unlike pike, they exist in only a limited number of lakes in the region. Some of the most famous muskie waters in Sunset Country are Lake of the Woods, Eagle Lake and the Indian Chain of Lakes but they only scratch the surface. Throughout the southern half of the region are other lesser known but still high quality muskie lakes. The east end of Lac Seul for example is the home to monster-sized fish, some of the biggest in the region in fact. Other well known muskie lakes are Cedar, the Wabigoon-Dinorwic chain as well as some well known trout lakes like Dryberry, Crow (Kakagi) and the Upper and Lower Manitou. A real treat for serious muskie anglers are some of the most remote muskies lakes in North America - fly-in only - where you can literally hook into a dozen or more fish in a day. 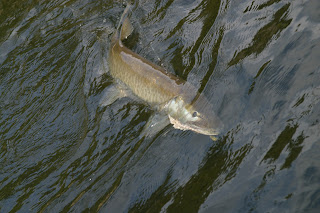 Muskie can be caught in a variety of ways with a variey of baits. The key thing to remember is that what works well at one time of the year doesn't necessarily work well at another time. Bucktails are a standard for many anglers as are several versions of top water baits - all used when you cast for these giants. For those whose arms tend to fall off casting these big baits all day, trolling is always an alternative. Here bigger is often better so don't be shy with your tackle. Make sure you have shallow and deep diving baits and try to find colors which resemble the bait fish that predominate in the lake you happen to be fishing. So something that looks like a cisco can work well trolling on a trout lake while baits that resemble whitefish or perch work well in stained water.

The muskie's mystique is enhanced by the fact moon phases - moonrise and set - can seriously turn these big fish on - or off. Look, it's not easy to catch these big girls but once you've caught your first one, fishing for other species will likely not compare, at least not from a sheer excitement perspective! 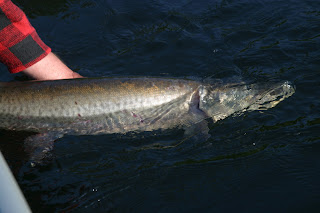 Add Sunset Country to your circle